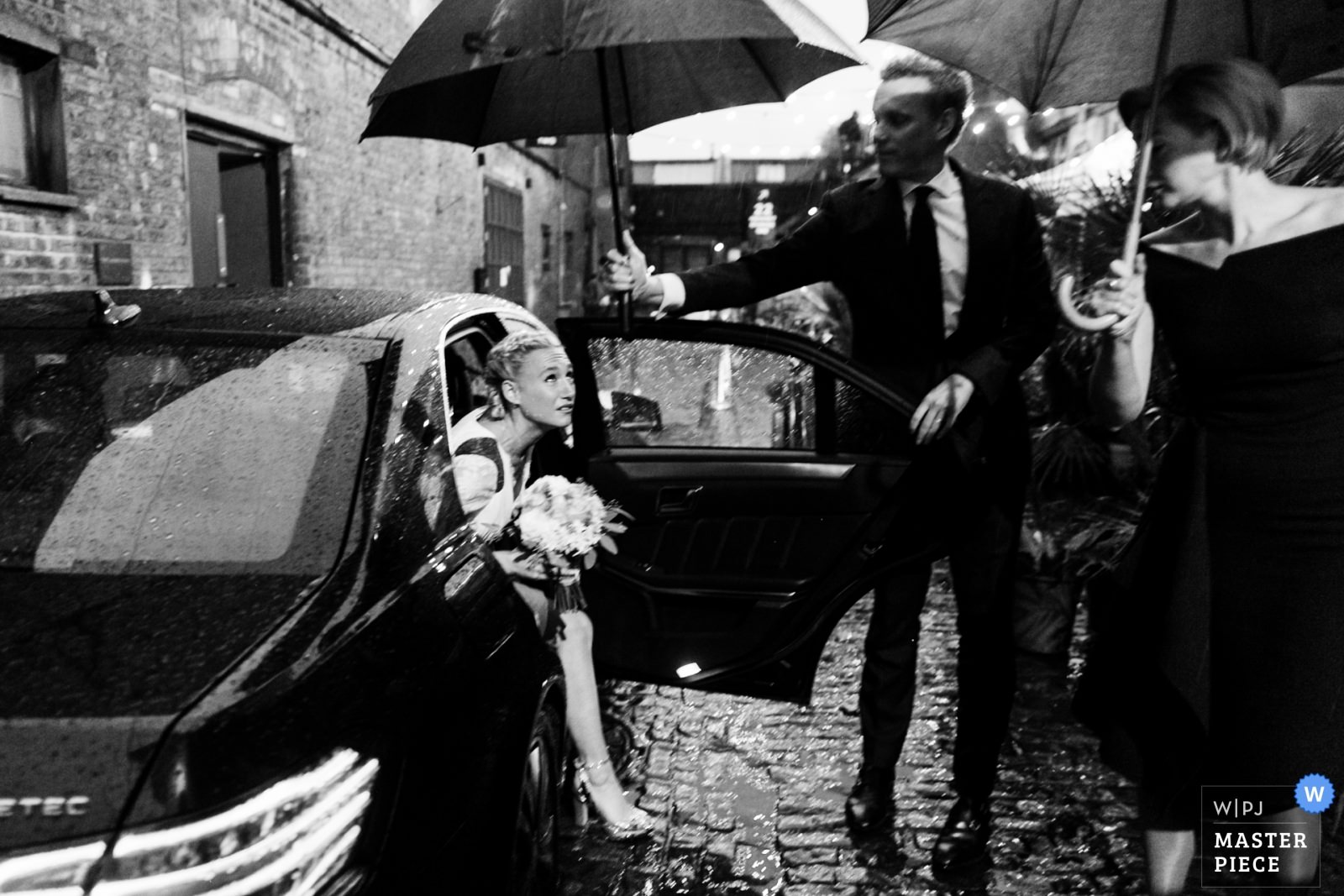 I’ve been a bit slow to blog this image because I’ve had man-flu all week, meaning I’ve been blowing my nose instead of my own trumpet.  But I’m delighted to end the year on a high, landing my fourth WPJA Masterpiece Award of 2018.  The WPJA Gold Masterpiece Award is an internationally recognised award judged by a panel of highly acclaimed photojournalists and picture editors from around the world–and not just in the wedding industry, but throughout the entire photographic industry.  So to receive an award winning commendation from these guys is huge accolade.

This photo was taken at my last wedding of the year, on a rainy winter’s day in Hackney.  The Clapton Country Club to be exact.  The photo shows a slightly concerned Naomi getting out of her wedding car guarded by her sister and brother-in-law.  It was late afternoon and pitch dark.  I thought about putting the flash on but decided to go old-skool on this one.  It was shot wide open at f1.4 with the ISO ramped up to 6400 on what is now an old warhorse Canon 5D III — giving it that grainy, almost filmic effect.  The pleasure of receiving a WPJA Masterpiece Award for an image like this is that it literally rewards tough conditions–both for the photographer and for the wedding party.  You look at a cold sleeting day like this one and think ‘Aw, man, where’s the soft mid-winter sun?  What am I going to get with this?’  And then you get something that that is almost like a still from an old movie and you remember again, that a photograph is not the coming together of moment plus perfect light.  A photograph is simply whatever you make of any given moment in front of you. 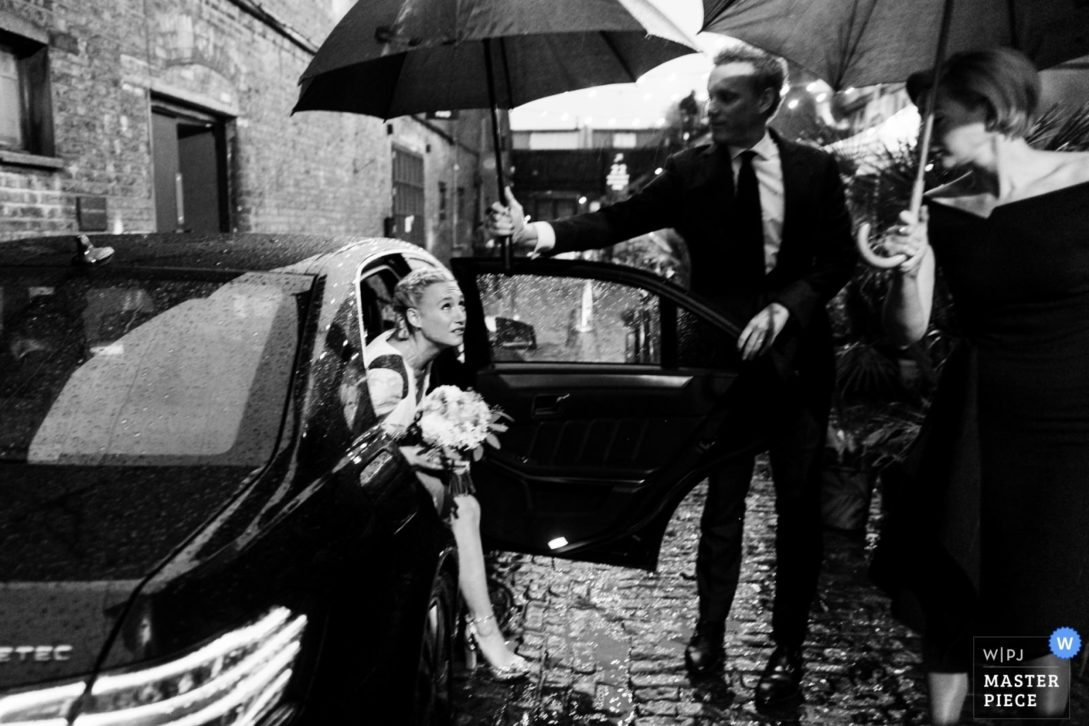