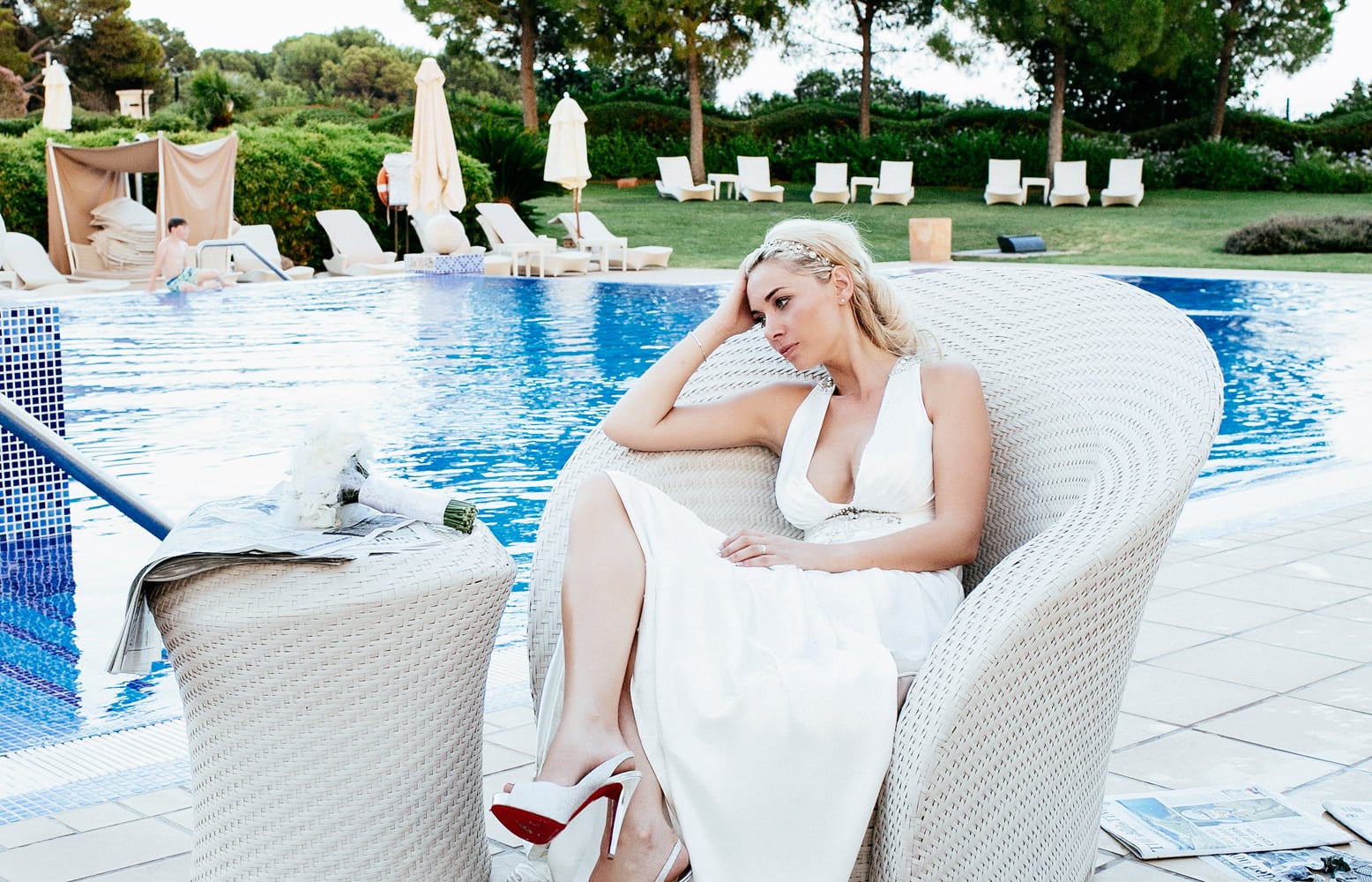 my kind of image: wedding editorial

This week’s image is a little different in that it’s wedding editorial.  For anyone following my work it’s probably fairly apparent that, while I do see myself as a wedding photojournalist, I’m not a purist.  I think there’s a danger that as soon as you label something you define and contain it.  Then, from there, if you’re not careful, a dogma coalesces around it until it becomes a kind of creative straitjacket.  I see my job first and foremost as image making.  So why not be a little playful with it?  I shoot weddings and I shoot fashion, so why not fuse the two sometimes?

Terry O’Neil’s photo of Faye Dunaway at the Château Marmont the morning after she’d won the Oscar for her role in Network is an absolute classic, and something I’d always felt would be fun to have a crack at recreating. But of course you’re going to need a few things to come together for that.  Most notably a pool, and most importantly a game bride.  Both landed in my lap with Laura’s stunning wedding in Majorca recently.  However, finding a moment to get a shot like this on someone’s wedding day is easier said than done.  In the end we managed to grab a ten minute window with the last light of the day — with a bridesmaid despatched to find a collection of newspapers we could scatter round Laura’s feet — as well as track down the missing bouquet we’d decided would replace the Oscar statue.  From there is was just a matter of getting the image right.  The shape and mood.  With the image of Faye Dunaway Terry O’Neil talked about wanting to capture the dazed confusion of an Oscar winner before the information has been fully absorbed, which seems to have a certain harmony with a bride on her wedding day. 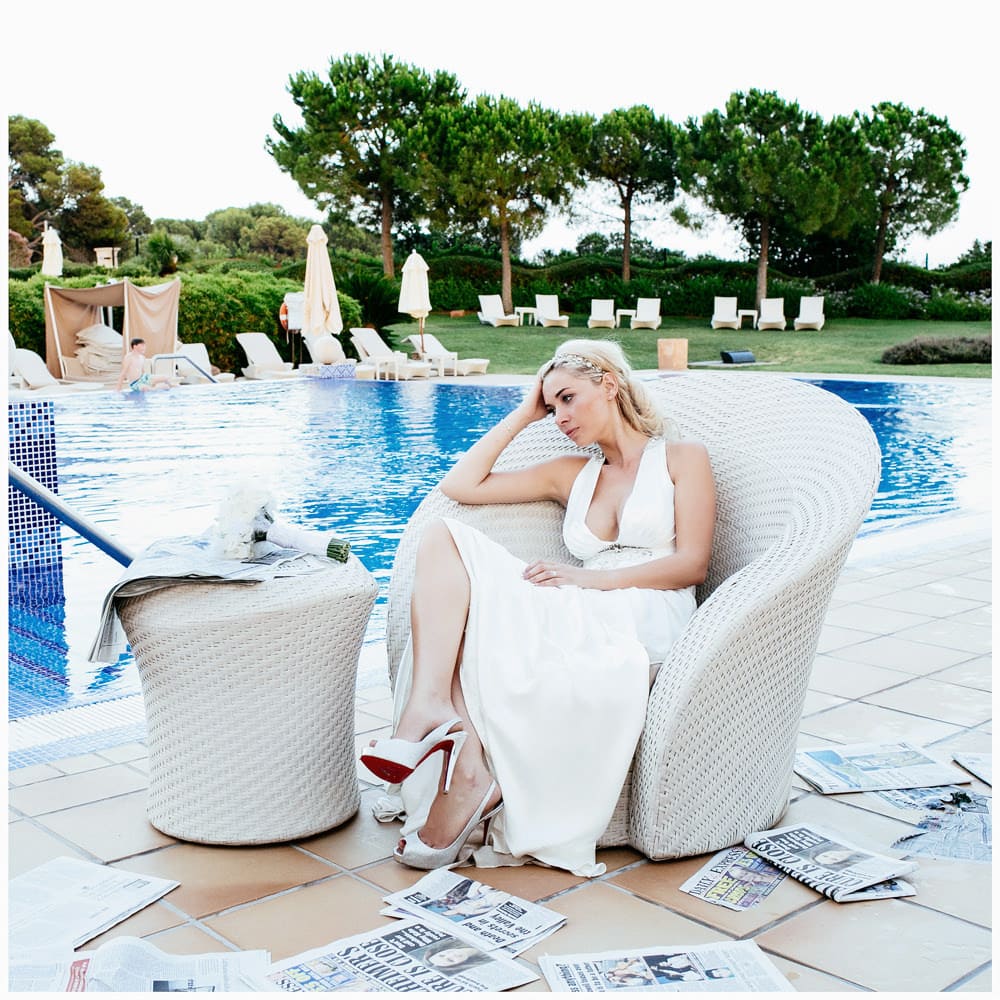 Read a little bit about the original photograph here: http://www.theguardian.com/lifeandstyle/2010/mar/14/faye-dunaway-oscars-breakfast