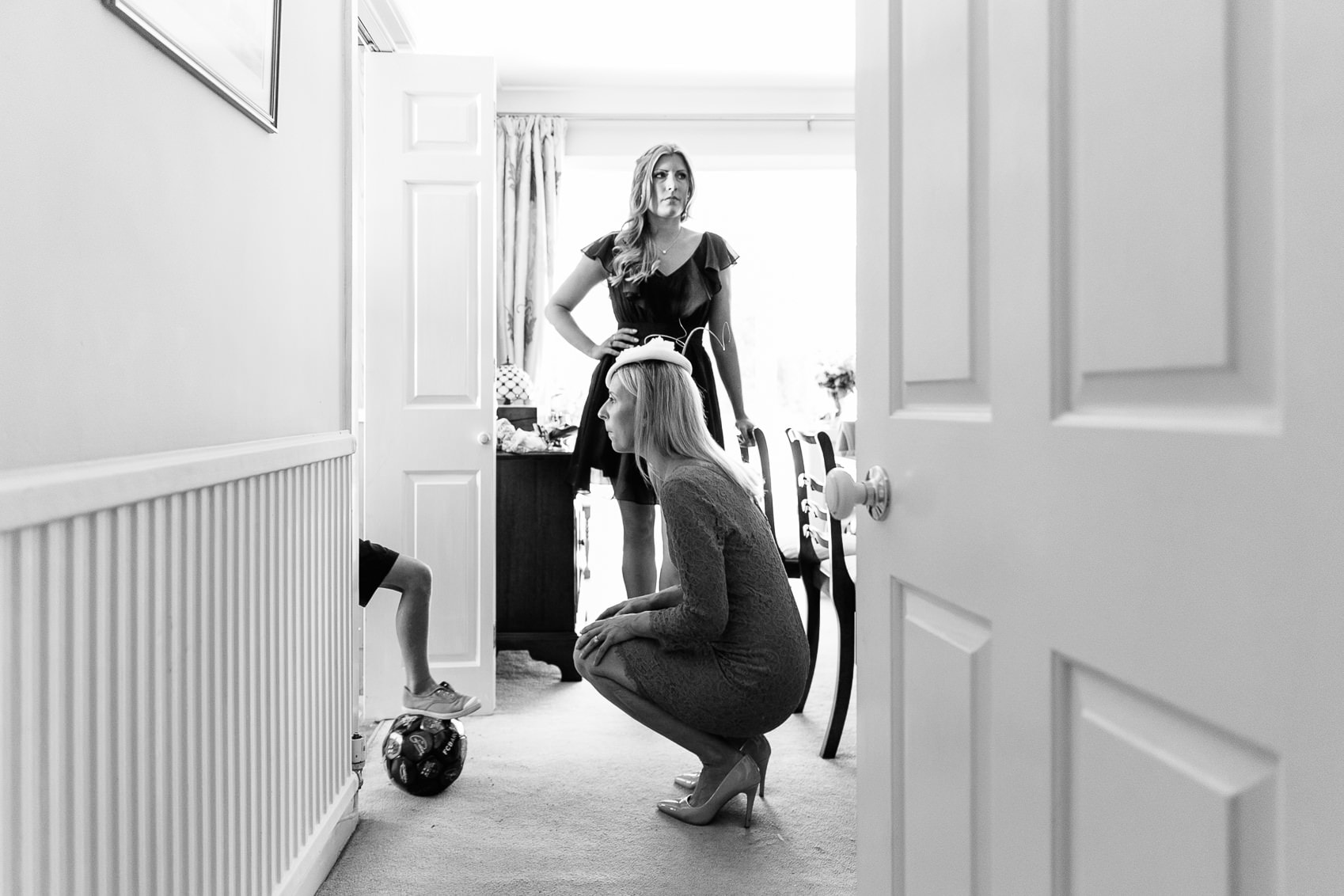 So the first Friday Photo of 2016 kicks off (do you see what I did there?) with ‘Less is More.’  It’s a simple effective maxim for any kind of storytelling really.  Okay, the keen-eyed among you will have noticed that sometimes my photos have a  hell of a lot going on in them, they’re busy and layered and shot with a deep depth of field.  So what this isn’t about it isn’t about being dogmatic.  You don’t have to stick to any one style.  But when the moment arises is good to have intuitive grasp of why you’re choosing that particularly style in that particular instant.  Again with documentary photography there’s a large element of luck.  I happened to be standing in the doorway at the precise moment the foot arrived.  I think I was probably looking to get a shot of the pensive looking bridesmaid in the background.  Then came the foot and the football.  Indoors.  Now what I could have done of course was move quickly to get a shot of both the mum and her son.  Because he wasn’t appearing at the backdoor.  He was still a good way into the house with a muddy football.  But you quickly realise that showing the boy would make the shot a far more ordinary image.  By showing less there’s now a sense of humour to the image while retaining all the key information–a young boy’s leg standing on a muddy football inside the house.  It’s simple, it’s clean and it tells you everything you need to know.  Less is more..